I wrote an appendix page for this site a year ago about the preparations required for starting barefoot running. This was in response to the usual pseudo-science ‘studies’ that conclude that barefoot running causes more injuries that it cures–the real culprit being not enough time was allowed for the body to adapt, or simply that the subjects over did it. 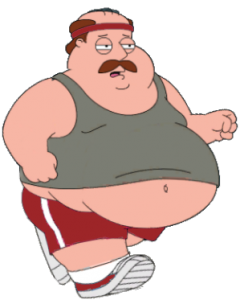 In the final section I hypothesised that weight played a big factor too. I believed from my own experience, that being heavier when starting isn’t a good idea. The result being various setbacks and minor overuse issues. Thus I declared that being over a certain BMI wasn’t a good idea for starting barefoot running. Well it turns out that there’s now a study to back this idea, albeit focusing on weight rather than BMI.

The study at the University of South Australia concluded that if you weigh over 85kg then you’re more than three times more likely to suffer an injury. Whereas if you’re under 71kg you won’t suffer the same magnification of the risks.